The Z'do were considered gods by the F'taa until the Juvaabs almost exterminated them all during what was called the War of the Horns and consequently proved the Z'do could just die like every other species and were just long-lived creatures. 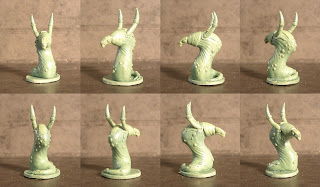 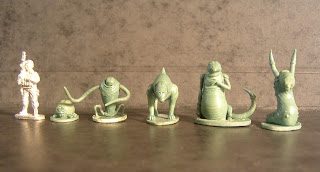 Thanks to Rebel Minis for allowing me to use one of their miniatures as comparison.
Publié par PF à 03:08