Idea is to make some sort of alien squad with the same uniforms and variations. Here's a test for the "standard"/human anatomy. Previous message shows some rebel variants.
Guns by John Bear Ross. 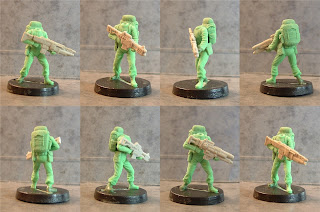 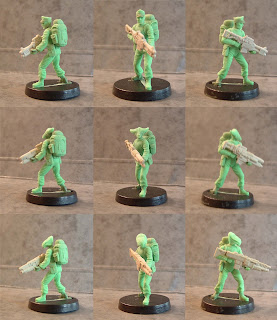 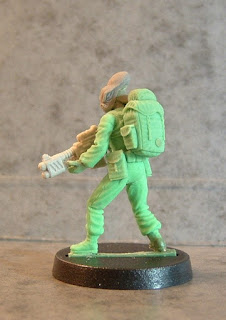 Some comparison pictures next to several companies guys for an idea of the size.
Pic 1 from left to right: Mega Minis, GW, Perry Miniatures, Helldorado (or was it the name of the game?).
Pic 2: Hyacinth Games, Wargames Factory, Corvus Belli, Privateer Press. 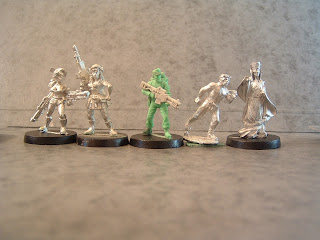 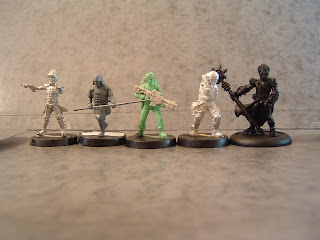