I wanted a Soshi Bantaro for Clan War since I believe there was no official mini for him. 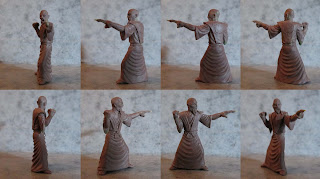 Then I thought he really needed a shorter arm and another head and made some other versions. 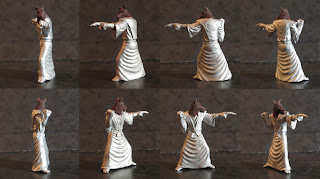 Alien sensei (because I like samurai stuff and all but aliens remain my true love. 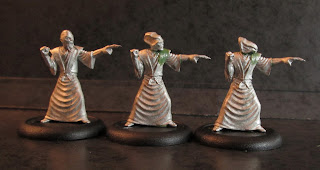 Painted by Eric Lebras and touched up by me because the kamishimo was wrong. 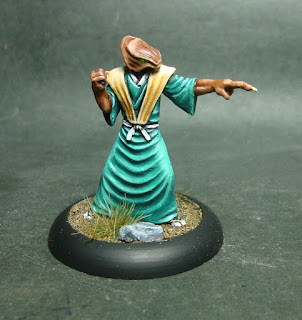 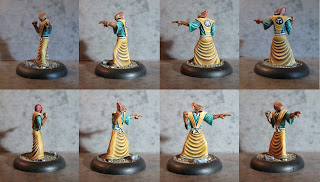 In case you thought I had already made a head like that, you're right:
http://15mmspaceopera.blogspot.fr/2013/03/painted-test.html