Painted troopers and a bit of background blahblah

j3r3m1 has been kind enough to paint my multi-specist squad for me. Sorry, the individual pictures are a bit dark. 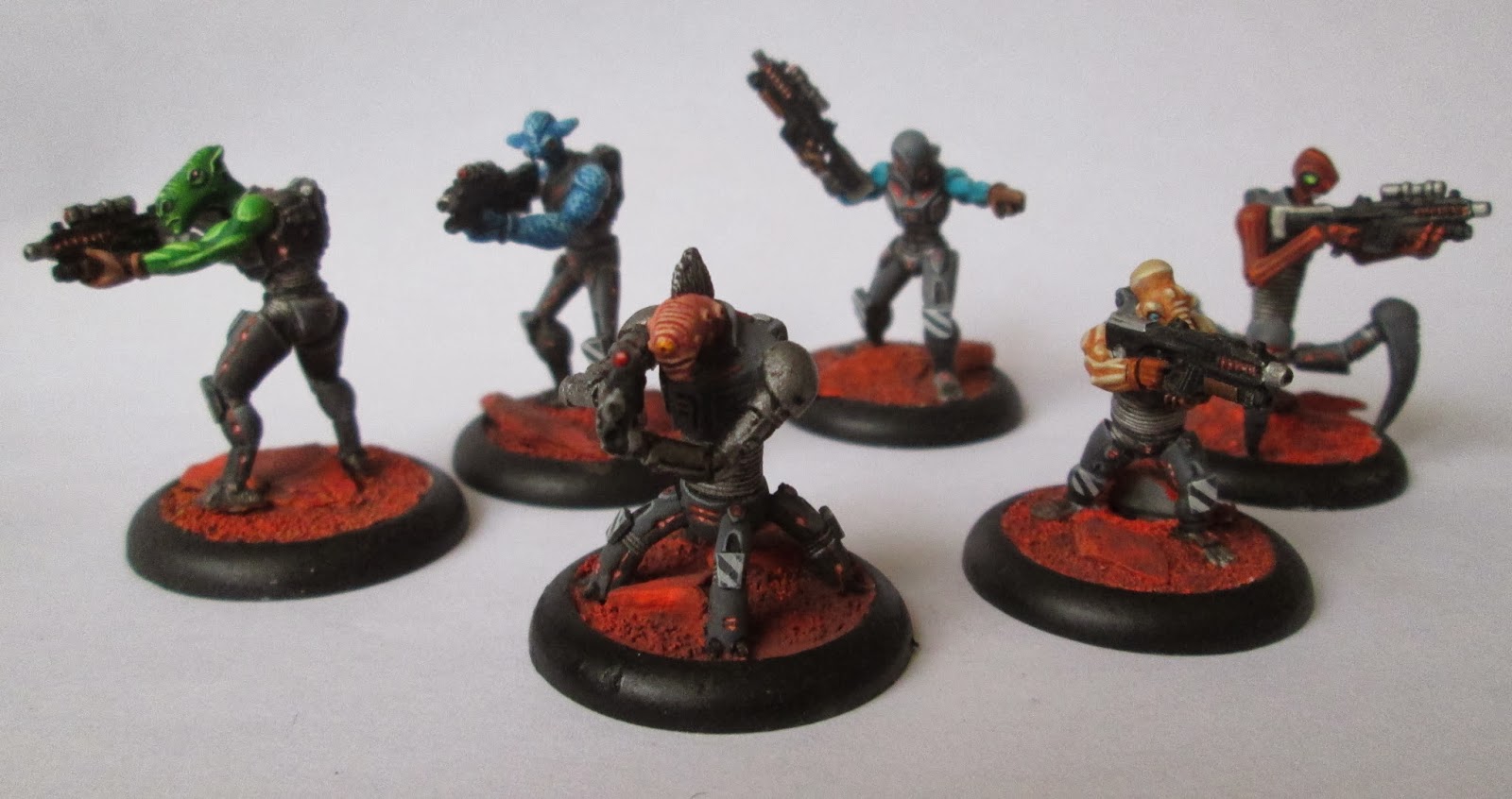 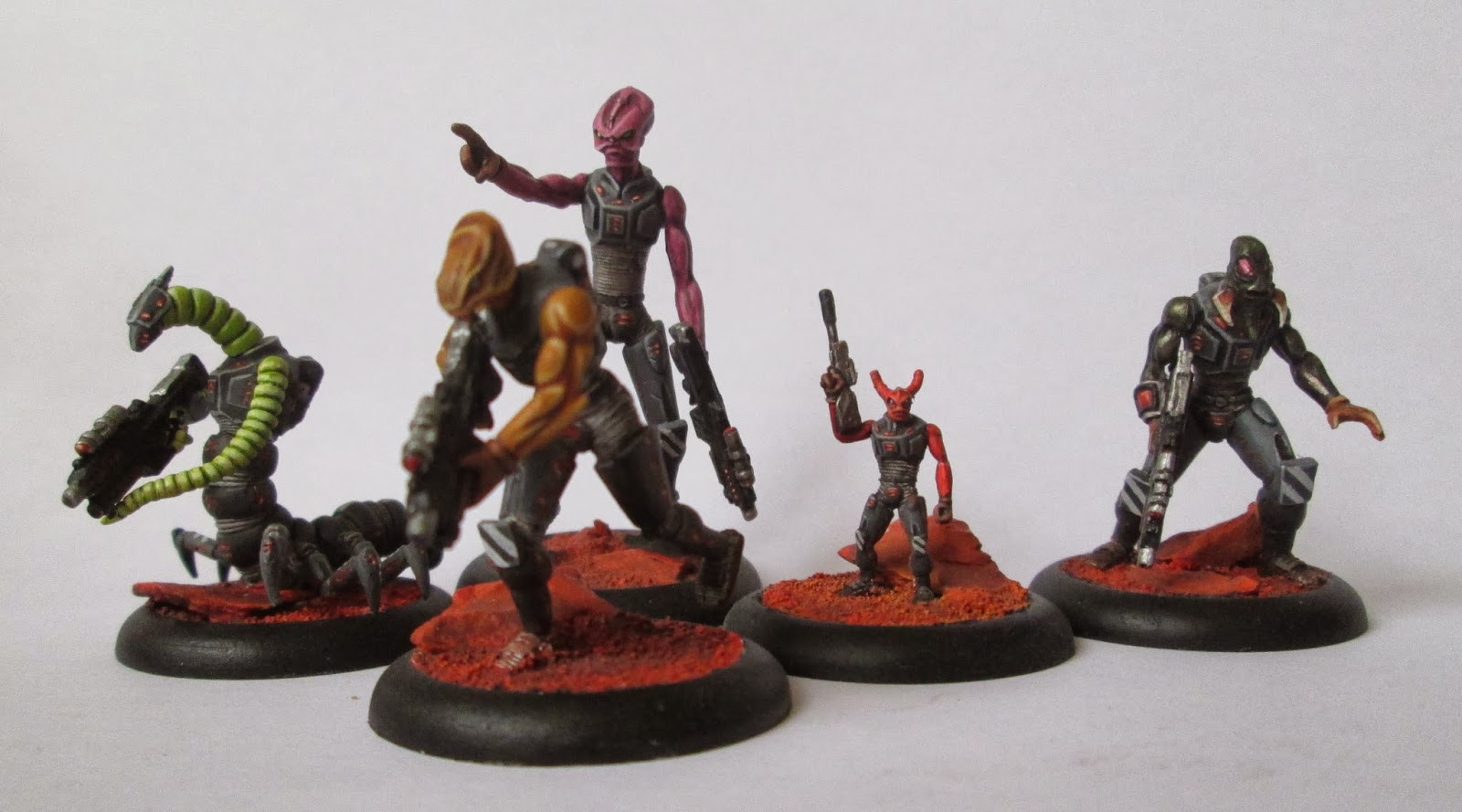 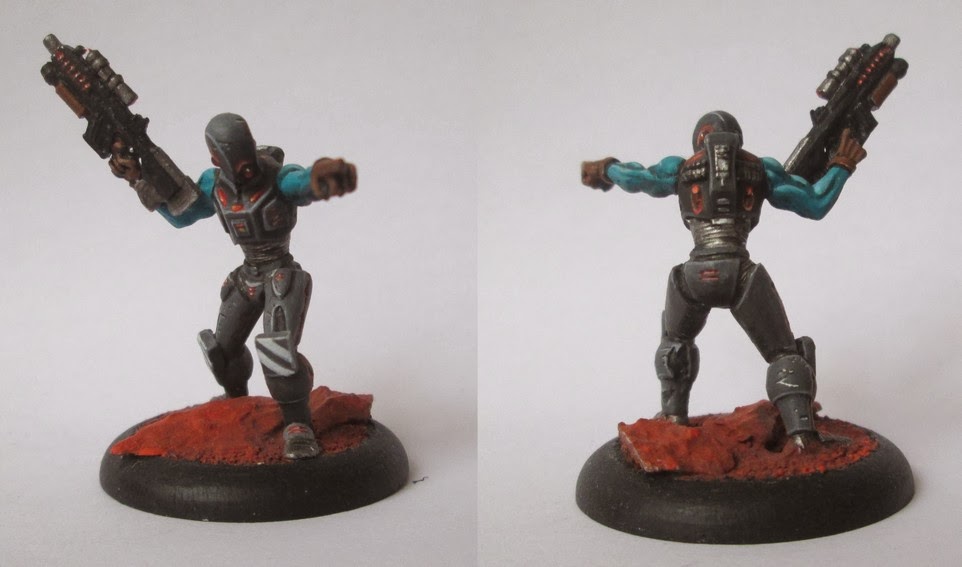 Dylothians can be found almost everywhere in the Federation so it's no surprise some of them make it into the shocktrooper corps. 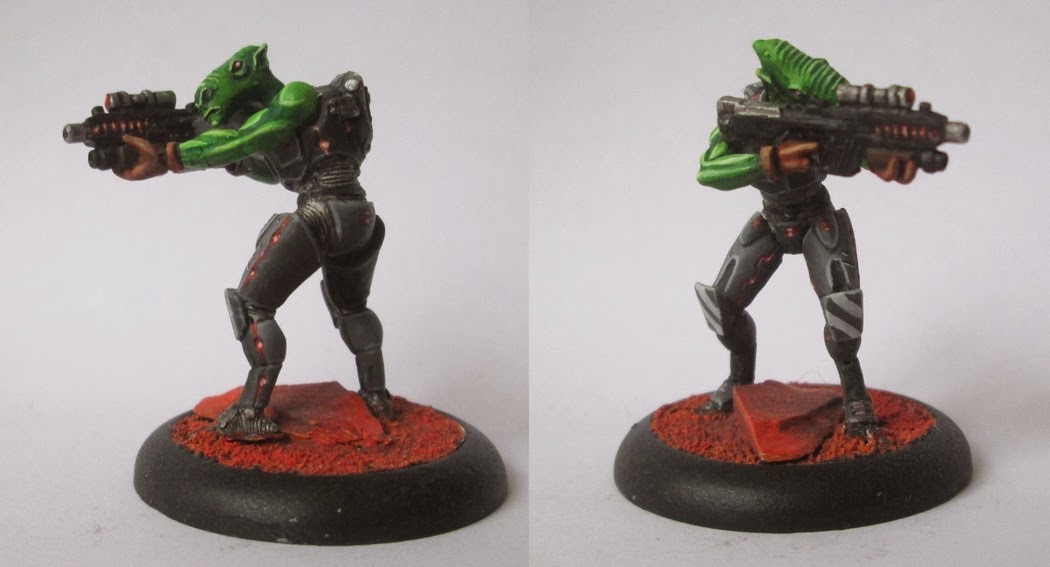 Tabilii shocktroopers are all criminals on their homeworld. Not only they find redemption in the corps (at least in the eyes of the Federation) but for some reason yet to be discovered, they have the lowest rate of insubordination or trouble-making among all species in the corps. 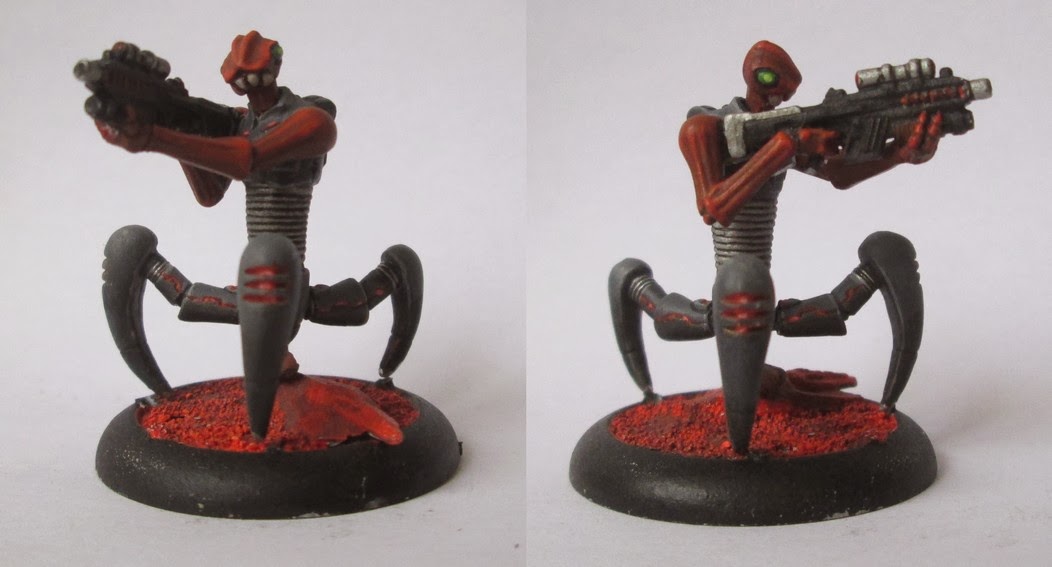 The c'crysh are an insectoïd race and as such they don't have a strong sense of individuality. Their queens send a percentage of their eggs to the shocktrooper corps and the creatures never question orders which is greatly appreciated by the officers. 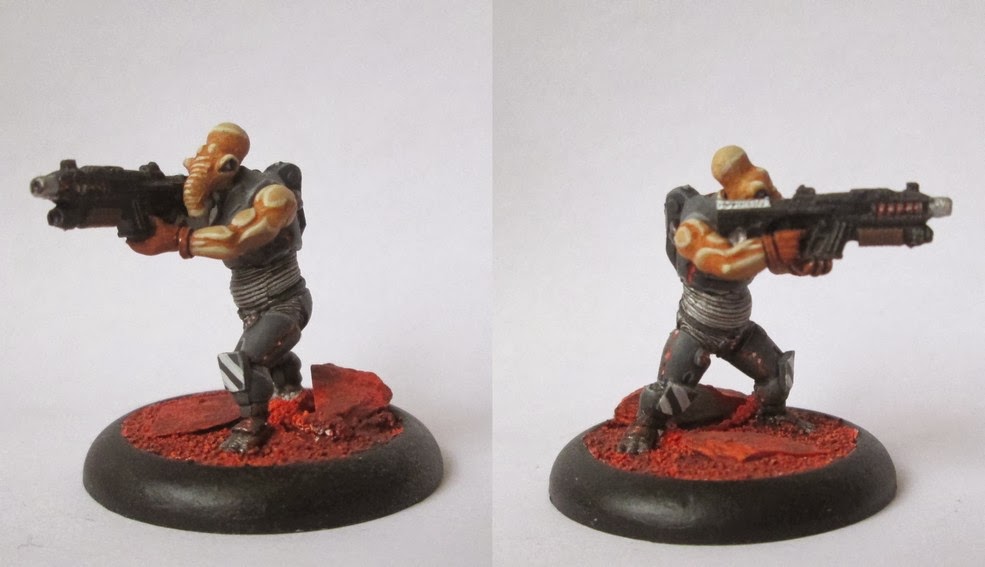 Despite being among one of the most populous species in the Federation, only the strongest of nabh can join the shocktrooper corps. They make up for their short size with their remarkable eyesight and most of them get rid of the Unifier gun's visor since they don't really need it. 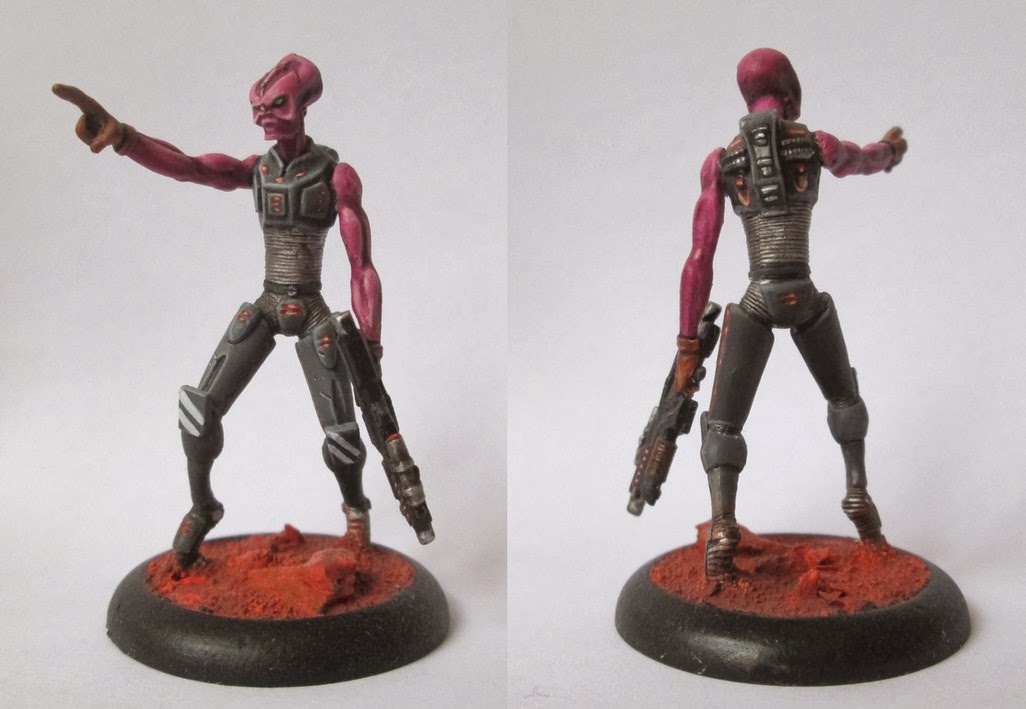 The hent got obvious physical skills for the shocktroopers. But they are also a very intelligent race and make good officers who know how to be obeyed. 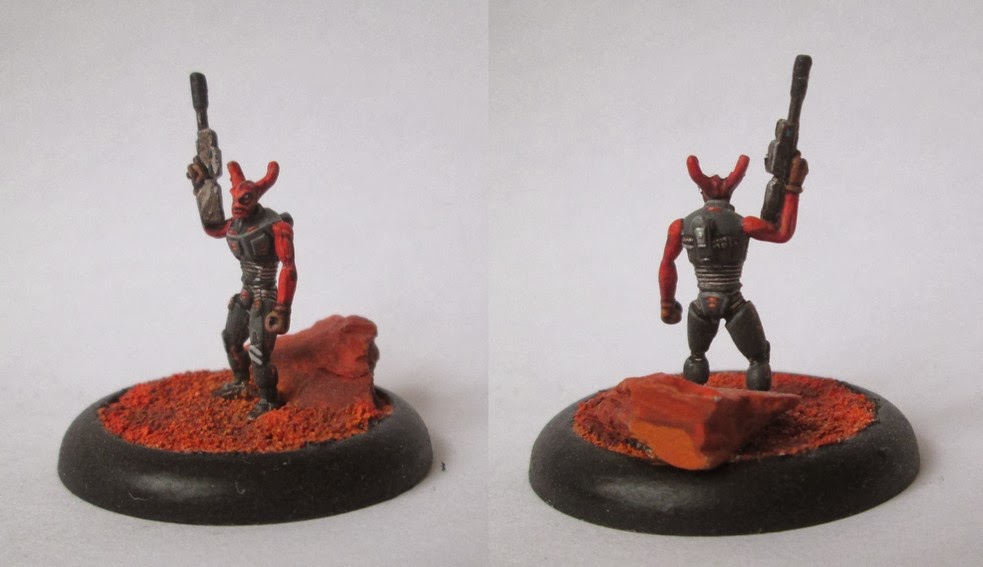 The lords of Xaam were the strongest species in their world before joining the Federation and they still believe it to be true. They got the highest rate of losses during training, due to friendly fire or because of brawls in the camp but the little red devils just love too much war. They are also the exception that proves the rule about the unifier gun since they are allowed to use their own rifle.

Before the Federation came to Xaam, the majalans were considered animals by the so-called "lords"  and used as beasts of burden or mounts. They are actually highly intelligent and can be found in the corps performing all kinds of tasks from communication to command. 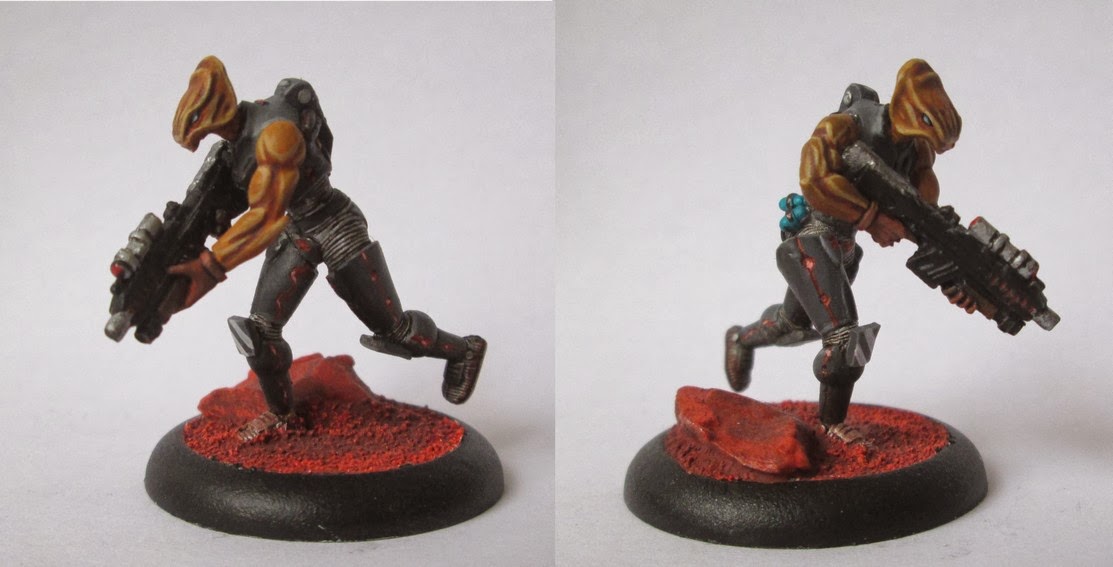 One of the founding planets of the Federation, Gobar has always sent valuabe soldiers to the shocktrooper corps. 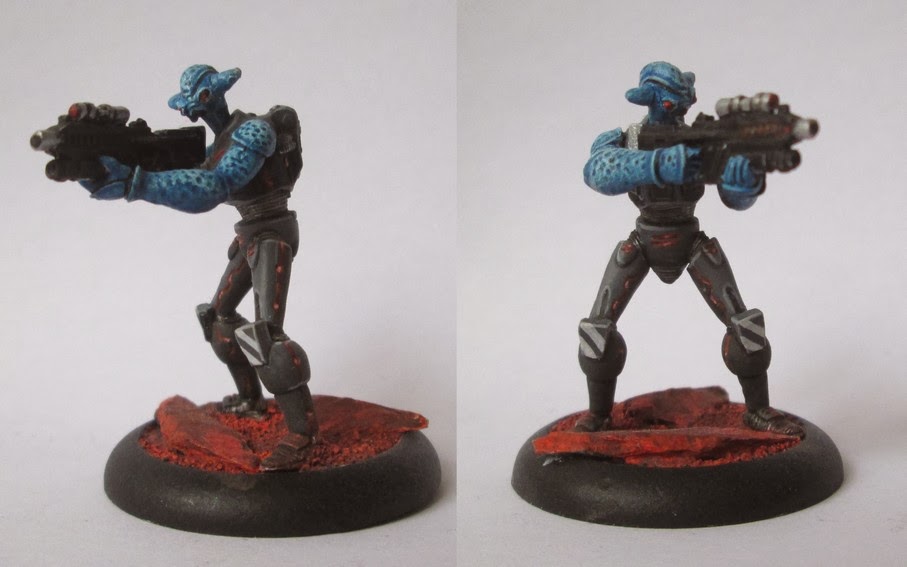 Naturally protected by a carapace in addition to the standard armor issued to all shocktroopers, the kurabians have the lowest rate of losses during engagements. They also have the lowest percentage of honoured soldiers which might explain a part of their ability to survive. 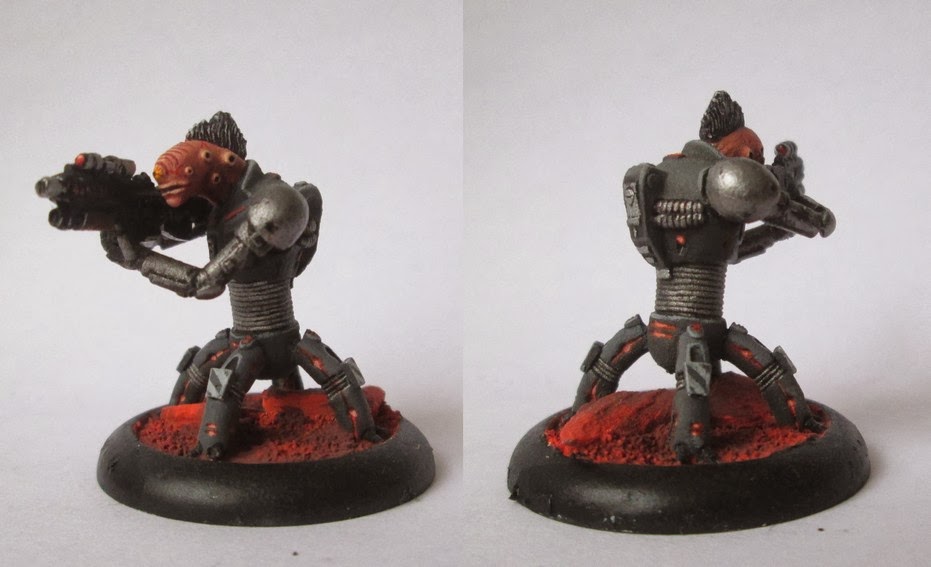 Ovolos are worms who need exo-skeletons to meet the criteria of the corps. They rarely tell their motivations to join the shocktroopers but they must be really serious considering the price of such an equipment.